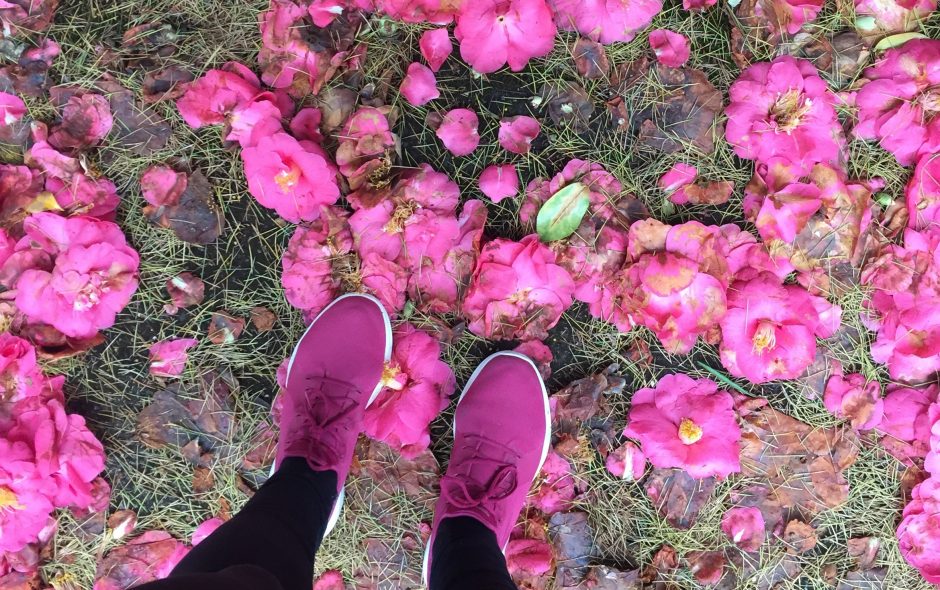 For a long time, I talked myself out of jogging because I was afraid of being judged – for my poor form, lousy endurance, and abnormally red face. “She’s trying so hard,” I’d hear a group of imaginary little bitches talk behind my back, like they used to in high school.

Then, on a day not too long ago, when I was particularly angry about something that had happened at work, I waited for the sky to turn dark. A mighty storm had weathered outside that matched how I felt on the inside. The rain was coming down hard. Perfect conditions for no human encounters or judgement. I geared up and I ran for the first time in 10 years.

Fatigued after 3 minutes, I slowed my pace. “You’re pathetic,” I heard the little bitch whisper in my head. “Nice rep,” an immediate response emerged from deep within. I kept alternating between a jog and a slog, between judgement and encouragement.

When I exhausted my breath, I allowed myself to slow down. In a way, this was more difficult than forcing my legs to carry me for another block, because it gave rise to the voices in my head, taunting, “Why do you even bother?”

Each time, an immediate response. “Because trying feels better than not doing it at all.” These simple words of encouragement began to fuel my desire to continue, to persevere. In the stillness of those nights, running in the dark, I found my own inner voice and it differed immensely from those mean little bitches of the past.

A few weeks after I began to running at night, the sun was out. Spring had awoken the trees. The world was full of vibrant colours and delicious smells. I borrowed some of nature’s exuberance and decided to out myself as an inexperienced runner. I couldn’t hide in the dark forever.

“Just put on your shoes and get out the door.” It was always the hardest part. I grabbed my Yankees baseball cap to shield me from the sun, I rationalized; to protect me from judgment, I knew. It didn’t matter though. Whatever would get me out of the house.

That day, the stillness of the night was replaced with the buzzing of people, eager to celebrate the warmth that the sun had brought. When I ran past them, I would feel their gaze upon me like vultures. My body stiffened. There was no way I’d let them see me struggle. When my breath signaled for me to slow down, I refused until there was no one in sight. I wouldn’t give them the pleasure of seeing my weakness.

This is how I learned to survive. Put on a thick layer of armour, and no matter what, do not let them see any weak spots to attack. I learned to dodge judgement by hiding. Don’t give them something to talk about. Then they won’t talk. After that outing, I reverted back to hiding, jogging only at night. Again, it didn’t matter though. Healing isn’t linear, I reminded myself.

For now, I reserved daytime for walking. I would notice runners, and silently became their biggest cheerleader. Good for you! Nice rep! You’re doing great! This all happened automatically. It wasn’t a calculated move. At no point did I think that those outward words of encouragement were sinking deeper and deeper into my own subconscious.

Perhaps it was that which kept me challenging myself to alternate from nightime to daytime running. Or, it was the fury about how those little bitches were still messing with my head, 15 years later. All that anger definitely came to the surface in broad daylight. If I’d see someone observe me come to a halt – breathless, sweaty – I’d look in their reaction and snark: “At least I’m fucking challenging myself. What are you doing with your life?”

It made me feel better. It made me laugh. People very likely didn’t give a shit about whether I was running or walking. In reality, they were probably too wrapped up in their own thoughts to even notice me. And if they did, and if they judged, well then they could kiss my affirmative ass.

At times, I felt guilty for feeling so self-absorbed. I felt ashamed for the silent curses I sent people’s way, all because I was hurt by the things those little bitches said and did to me. Still, I allowed myself to indulge so I could get it out of my system. This angry phase won’t last. Nothing lasts, I would remind myself, and at some point, it all just became comical.

Nowadays, I just run. I still wear my protective Yankees hat, but I suspect that won’t last either. I don’t hold my breath for the day I run without it. I just let it be, like those little bitches that still taunt me in my thoughts from time to time.

As it turns out, they don’t just show up when I’m jogging, though running has been a great way to explore my relationship to them. It’s allowed me to see how influenced I still am by events of the past. Somehow these little bitches always find something to disapprove of, regardless of what I’m doing. And they are damn vocal about it! There is no pleasing them, no matter how hard I try, so I stopped.

I stopped trying to make them approve of me – those little bitches and all the other shadowy figures of the past. That doesn’t mean that they’ve gone away. I still hear their chatter. Who are you trying to fool? Why do even bother? You really screwed that up!

I personally don’t think that the goal is to get rid of them. I don’t even know if that’s possible. Maybe if you’re enlightened, but I’m not. So instead I’m learning to relate to them differently. I’ve tried fighting these voices since the day they ingrained themselves in my psyche. Now I see how exhausting and useless it is to try and gain control over them.

I’m quite fond of the expression, and the freedom it brings. It’s a new freedom I’m just learning to exercise. It’s a constant practice, but it doesn’t feel like work. It feels like an honouring – an honouring of the past, an honouring of who I truly am.

Instead of fighting those little bitches, I let them be. I observe. I listen. Oh, is this what you think? Interesting…but not true. I’m in conversation, not conflict with them. Of course this isn’t the case every day. Sometimes I can’t hear my own voice amidst their loud chatter, especially when I am trying something new, taking on a challenge, or fall short of my own expectations in one way or another. And that’s OK.

I keep re-committing to the practice, reminding myself: there is no need to run away. Run towards the voices. They’re little bitches, and they say hurtful things, I hear you! But it won’t last. Nothing does.

Not even this life that you and I have. Death will come. And when it does, will we look back, thinking, “Shit, I shouldn’t have spent my entire life running from the voices of my past,” and hence wonder, “Who’s life did I actually lead?”

This life of ours can be a love story. A love story that does not exclude pain. No, pain is woven into every fabric of the story, and that’s all by design. Because each painful step, each nagging voice, each uncomfortable feeling, is an invitation – to allow a little more love into our being, into our life, making it the love story that it is.

I don’t know this for sure, but I have believed far more harmful things than this assumption about life on Earth. So I’ll run with it, towards it, the greatest love story ever written. That is my focus. That is my practice.

Last but not least, I want to give thanks to all the cheerleaders in my life that encourage me every day to stop hiding. You know who you are. I love you. Thank you.

I have personally found nothing more powerful than to lean into Death as a teacher. It continues to highlight where I am acting out of fear, not love. It continues to clarify what’s true, what’s important, what I need to honour, and what I need to let go of. You can’t cheat death, and that’s what I love about it. Death is the most honest mirror I’ve found to look into. It reflects everything I am and don’t want to see.

If you want to lean into Death, but don’t know where to start, you may wish to consider hiring a Death Doula to help you navigate. I am offering single sessions and a 3-month program that might be what you’re looking for.

If you are interested, please send an e-mail telling me a little about yourself and why you would like to do this work: 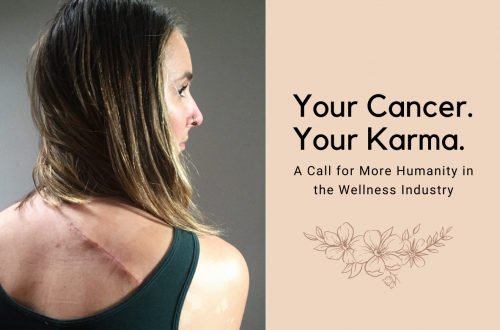 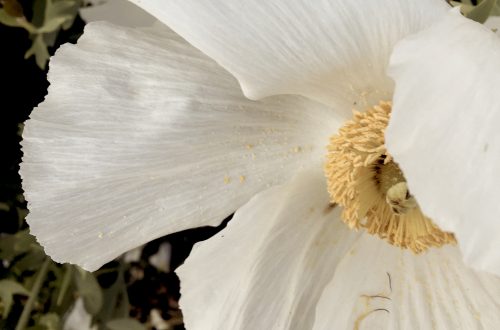 Sorrow: an Invitation to Be Fully Alive in the Wake of Our Forgetfulness
July 13, 2019 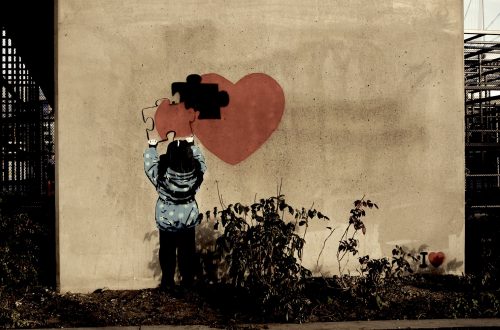 Healing Doesn’t Mean You Are Broken; Just that You Are Ready to Feel Whole
September 6, 2019

Sign up for monthly love letters, special updates and offers not shared publicly.