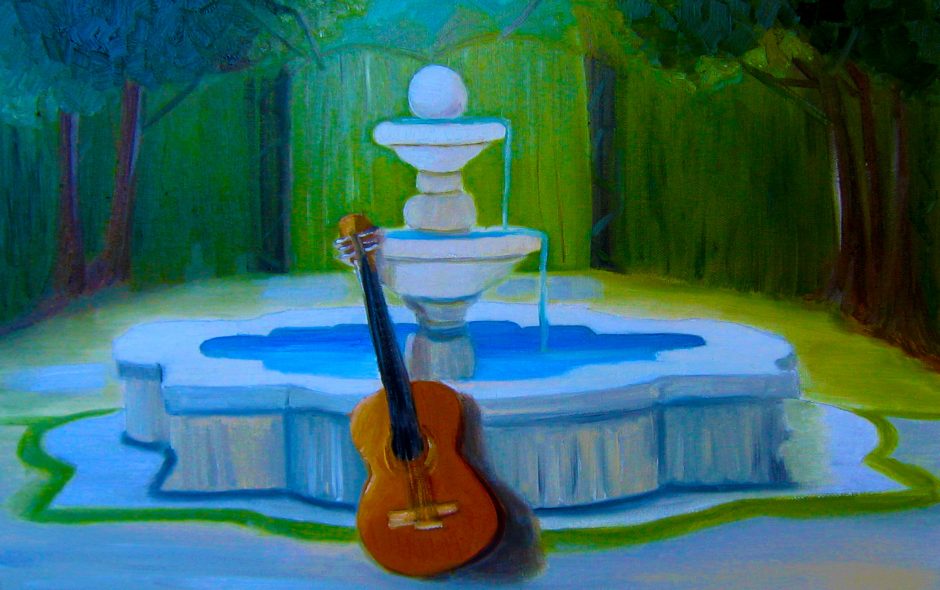 Imagine there’s no heaven.
It’s easy if you try.

A woman sitting on the edge of the pale green suede couch across the room was playing a rendition of John Lennon’s Imagine in a solemn G-minor on her guitar. She was in good spirits. Still, her voice was quietly suffocating me in the BC Cancer Agency waiting room. She means well, I thought but couldn’t shake the feeling of depression as I watch another woman in her 40s lay down on the couch to my left. She was bald, pale, and in agonizing pain like most others in the room.

It was supposed to be my first of twelve chemotherapy sessions.

“Tina Schomburg,” the nurse called for me. I sighed deeply, relieved about the thought of running from the woman and her guitar, yet mortified thinking about what was waiting for me in room 636.

Fast forward 7 months, and I am sitting in a little oasis in the heart of Old Havana, Cuba. Just Aldous Huxley and I, surrounded by the Spanish chatter of some locals and the trickling sound of a water fountain beside me.

A Cuban woman asks if she could share the bench with me. I smile in approval. She truly looks the part of a quintessential Cuban Mama in the 60s style black and white polka dot dress. Her curly, short hair was loosely pulled back with a vibrant headband, revealing the golden pearl earrings dangling from her earlobes.

For a while, we sit quietly watching a young man across the courtyard involved in a lively conversation with a group of much older gentlemen. He pays his farewell to them and walks towards our bench. He greets the lady besides me with a familiar tone of mutual adoration before turning his attention to me. He utters something in Spanish to which I shamefully respond, “Me non comprendre.”

His smile is genuine. “Don’t worry about it. We don’t need language to communicate,” it communicates in an instant.

His mocha brown skins resembles that of a child, radiant in all of its vitality and youthfulness. Still, something in him seems much older than his appearance. Perhaps he is an old soul.

He continues to talk to the Cuban woman with deep sentiments. I can tell by the passion in his voice and his gestures towards the sky. There is no such thing as time and space.

“Musica?” His big brown eyes look at me expectantly.

He is holding a guitar that I hadn’t paid much attention to before. The wood looks like it has weathered under good age. There is something wonderfully wise about it — like it has been telling tales for many years.

Perhaps it wants to tell me a story as well.

The man acknowledges my hesitation, and adds, “No money! No money!”
I look at the Cuban woman who gives me a warm smile. “Yes please. Musica!,” I finally respond.

He strums the guitar with a gentle force that set off an avalanche of harmonious musical notes. He forms his mouth into a tight O-shape and starts to whistle. It is soulful, unlike anything I had ever heard before.

He holds my gaze as his guitar serenades me, one song after another. Between songs, he flashes the occasional smile as a restful assurance.

Life is good. You can let go of the pain. Just enjoy.

As he plays the first chord of another song, he looks at the lady and asks her something in Spanish. She just nods in response. I watch her attentively. She closes her eyes and opens her mouth to release a wave f vocals that slow dance with the strums of the guitar.

I too close my eyes and see her between large white french doors that open to a balcony in her polka dot dress, singing from the bottom of her heart into the soul of the universe.

“Thank you,” I say with deep appreciation. I want to say more, but I have no words in their Native tongue, let alone my own, to express what I am feeling. Then I remember that we don’t always need language to communicate.

He pauses for a moment, resting his hands on the strings as if asking for the guitar to reveal the next song to him. He takes a deep breath and starts to strum a song that I was all too familiar with.

Imagine there’s no heaven.
It’s easy if you try.

Fighting back tears, my throat burns. Here we are again; flashbacks to the waiting room. The same song that caused me so much pain on a day not too long ago, now fills my heart with deep gratitude – for this man, this woman, this courtyard, this experience, this life, no matter how painful it can feel at times.

And that’s the story the guitar told that day in a Cuban Courtyard. 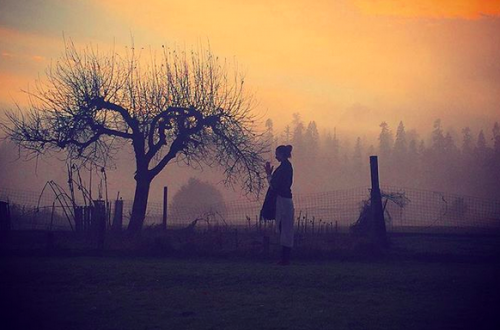 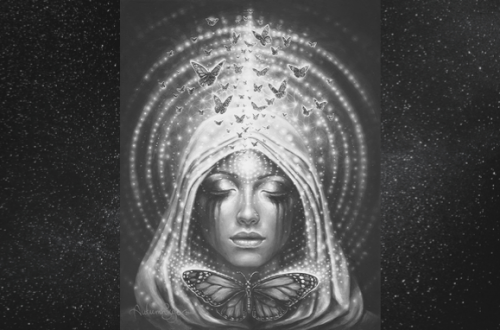 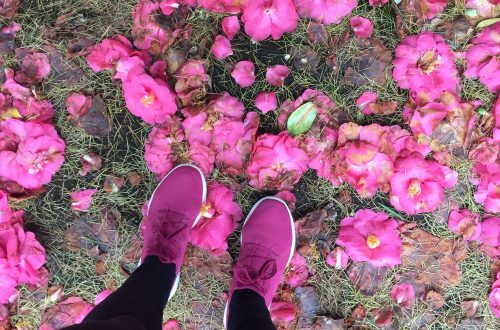 Running From Myself No More: Changing the Narrative one Step at a Time
May 1, 2020

Sign up for monthly love letters, special updates and offers not shared publicly.